AFTER a 29-hour siege, Brig. Gen. (ret) Herman Sarens Sudiro, 79, was fi nally picked up by the Military Police. This former Siliwangi Division battalion commander in 1959 is in custody for allegedly abusing his authority in a case of misappropriation of land belonging to the Defense Department. The “hunt” for Herman took years, but somehow the general had always managed to evade capture. Tempo mtakes a closer look at the general who has been described as “eccentric.” 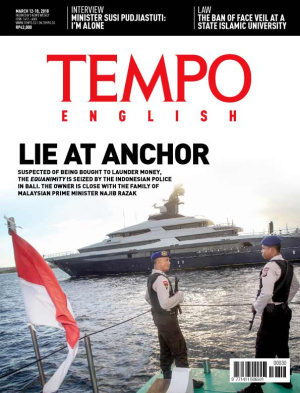