THE Anti-Corruption Coalition on the Tobacco Clause is calling for the police to indict people involved in the disappearance of the tobacco clause in the Health Law. The coalition pointed at Ribka Tjiptaning, head of the Health Commission at the House of Representatives, as responsible. According to the coalition, even though the clause has been returned to the Health Law, its perpetrator should be indicted and penalized. As cigarette sales and ads will no longer be taxfree according to that clause, who would benefit from the ‘pesky’ clause’s disappearance? Luxurious Above The Mark 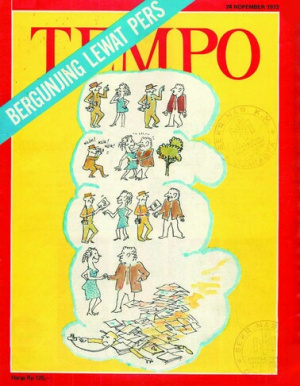